The Notre Dame de Fourviere Basilica is probably the most famous landmark in Lyon France.  Perched on a hilltop above Old Lyon, the basilica is visible from much of the city.  Visitors to Lyon can either enjoy a vigorous walk to the Basilica from Vieux Lyon (Old Lyon) or simply take public transit. 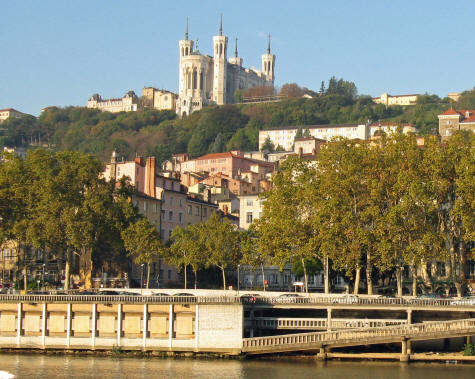 The Gallo Roman Theatre is just a short walk from the basilica. The Notre Dame de Fourviere Basilica can be found in Lyon's fifth arrondissement.