Lyon's stunning city hall (Hotel de Ville) is one of the city's most famous landmarks.  Situated on Place des Terreau (city square), this historic building marks the centre of many of Lyon's top tourist attractions.  The Bartholdi fountain and St. Peter's Palace, for example, are also located on this square.  The Lyon Opera House is directly behind the city hall. 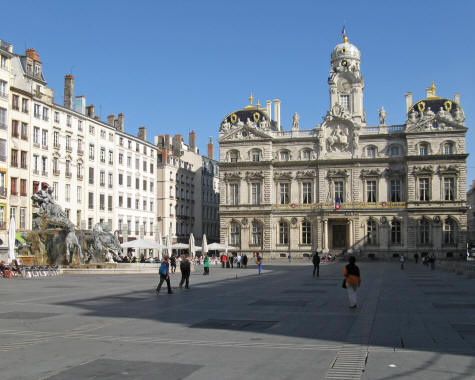